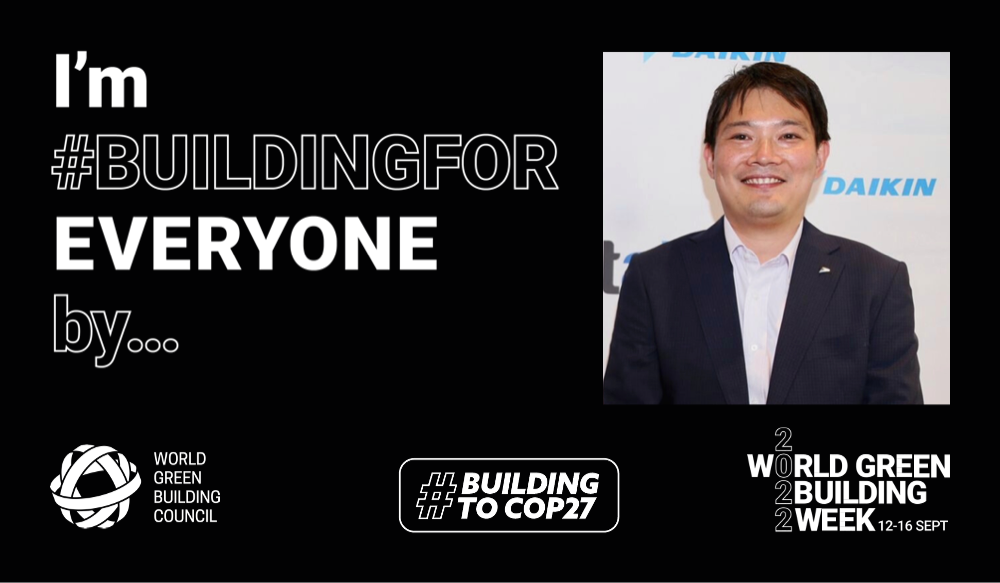 Energy demand is expected to increase worldwide due to population and economic growth in emerging countries. Some cities will improve air conditioning to create comfortable living spaces facing the effects of rising global temperatures.

Through valuable patented technologies such as equipment with variable refrigerant flow such as VRV (The name VRV derives from this technology that we call “variable refrigerant volume”), as well as Inverter technology, the use of R-32 refrigerant in Air Conditioning, Streamer technology for Air Purifiers, etc. Daikin’s air conditioning units help control the environmental and energy impact in homes and buildings, through optimal management and demand response measures that combine air conditioning, peripheral equipment, buildings, and renewable energies. Furthermore, through the creation of cyclical systems and new sources of energy, the company is also contributing to the creation of sustainable cities.

Optimal Energy Management for Buildings are building-wide energy solutions that use the Daikin technologies to solve energy problems. One way we are doing this is through net zero energy buildings (ZEBs).

A ZEB is a building that achieves dramatic energy savings (at least 50% greater than standards) while maintaining a comfortable air environment. There are three categories: ZEB, Nearly ZEB, and ZEB Ready* depending on the energy efficiency rate. Normally, ZEB requires improving the performance of a building’s outer layer, using passive energy, incorporating high-efficiency equipment such as air conditioners, ventilation, lighting, and elevators, and using advanced control.

Daikin has accumulated knowledge and advanced technology on LED lighting control as well as air conditioners and ventilation systems and their controls. It is possible to achieve ZEB using a unique system that is versatile and popular for application in existing small- and medium-sized buildings with high energy-saving potential (Daikin Global, 2020).

In 2015, we carried out ZEB demonstration testing at our R&D base, the Technology and Innovation Center (TIC), a newly built large facility. In 2017 at the Daikin Industries, Ltd. building in Fukuoka (Fukuoka Building), we received ZEB Ready Distinction for a small- and medium-sized renovated building. In addition, we registered as a ZEB planner in response to calls for applications by the Sustainable Open Innovation Initiative to accelerate the ZEB planning business to provide solutions that increase the number of ZEB buildings(Sustainable Open Innovation Initiative, 2020). Daikin is focusing on making proposals with ZEB, as well as collaborating on projects with general contractors advanced in making ZEBs in Japan and overseas.

Daikin is leveraging its expertise to convert existing older buildings into ZEBs by accelerating available energy solutions as well as the development of sustainable built environments that strengthen the most important asset: Nature (Daikin Global, 2020).

Daikin is a Japanese company founded in 1924, a pioneer in the HVAC industry that leads the use of air technologies to make people’s lives more comfortable and healthier. Together with its headquarters in Latin America, Daikin Latin America Operations (DLAO) and the rest of each division around the world promote available technologies to combat climate change.