The case for building (next to) nothing – Ramboll 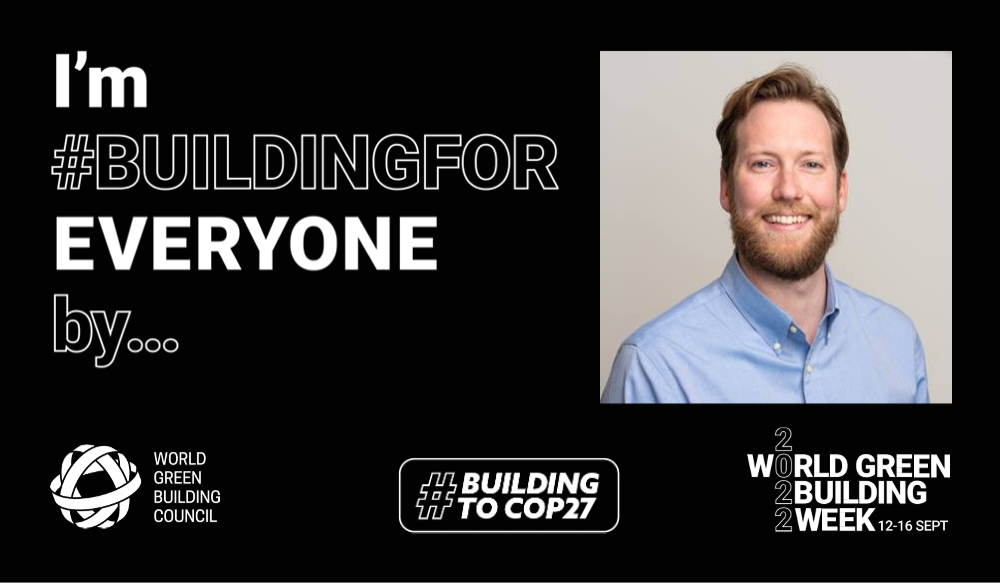 As consultants, we must challenge an industry default of new-build development and provide innovative alternatives. By Scott Brookes, Director, Ramboll – Building Retrofit & Refurbishment.

You may remember that back in 2020, scientists arrived at the astounding conclusion that the weight of human-made mass – all the world’s concrete, bricks and metals – now exceeds that of all living biomass.

If we were to gather every single plant, all fungi, animals and bacteria, they would sit lighter on the global scales than all the offices, apartment blocks, roads, and homes we humans have built. Given that just 20% of the world’s surface has been urbanised, it’s evident our impact as a species is wildly out of kilter with the natural world.

Trapped within all those structures is the embodied carbon it took to source, transport, build, maintain and demolish them, over their lifetimes. If we continue business as usual, more and more carbon will be spent creating more and more buildings for more and more people – the very definition of unsustainable and putting us well beyond the 1.5°C limit for rise in global carbon emissions.

So how do we weigh up the practical need for more buildings – homes, offices, public buildings for an increasing populace – against this carbon penalty and associated issues like habitat destruction from urban sprawl?

How do we convince clients to embrace retention over new build? Can we make building nothing, or at least building significantly less, a realistic target?

Image caption: The most sustainable building is the one already built. As consultants, we need to have the courage to challenge clients’ briefs and give them viable alternatives with lower carbon impacts (Source: Institution of Structural Engineers, IStructE)

Before looking at architectural and engineering solutions, can we look to challenge the demand for more space? Can we understand our client’s core drivers to deliver on a redefined brief?

Creating more functional home or office space isn’t synonymous with building more. A creative reimagining of existing floor plates, coupled with changes to our ways of living and working, can drive a significant reduction in our spatial needs, as well as lowering project costs and programmes.

In the developed world, our building footprint – understood as the number of buildings we inhabit – starts at two for most people: home and office. Add in shops and entertainment and we may reach almost three. Can we drive that number down closer to one, and get more from the same volume of built environment?

Before Covid, working from home was rare; now it has become completely normal. This shows that we can rapidly adjust our relationship with the built environment should it be required.

Likewise, the car takes up a hugely dipropionate amount of our precious urban space. Can we reinvent our road-centric towns and cities to take this space back?

Up to September 2019, the UK had over 600,000 empty buildings. Before building new can we start by ensuring all existing buildings are occupied and optimised?

‘But Ramboll is a global engineering company, how can you champion a reduction in development?’ I hear you ask.

At first it seems counterintuitive, but by supporting a reduction in development we reinforce the value of our consultant’s thinking time, innovation and design creativity. By closely understanding how a current building ‘works’, we can justify a longer service life at a material or systems level or allow design of sympathetic, compatible upgrades or alterations, without defaulting to demolition.

We analyse more, to build less. In the not-too-distant future, embodied carbon in building projects will incur steeper taxation and new-builds will have a carbon cap. The best way for us to futureproof our client’s portfolios – and help the planet – is to keep abreast of this regulatory and taxonomy landscape, reduce as far as possible the requirement for new-build and anticipate the future demands on existing building portfolios, including alternative uses.

At the Avicii Arena in Stockholm for example, Ramboll is currently designing upgrades to allow the stadium to support a broader range of events, negating the need for a second stadium in the vicinity. By spending embodied carbon to refurbish a single arena over two, the carbon per visitor was significantly reduced.

The hard truth is that humans aren’t going to stop building, but maybe not as much as we have previously thought.

Projections show that globally, over two-thirds of the buildings currently standing will still be around in 2050, with this figure rising to near 9 in 10 in the Global North. How can we get the best from this existing stock and add to it most economically?

Where we have to build, urban densification offers the lowest carbon cost per capita. Building tall is better than building sprawl. Whilst a medium rise seems like a significant carbon outlay relative to a suburban home, if we consider the associated master planning, civil works and utilities it is hugely efficient and should be the focus of most future developments.

It will require a significant shift of mindset to realise a retention-first construction industry, but it is an absolute necessity if we are to equally meet the goals of reduced carbon and raised living standards. Looked at a different way, in this moment we are afforded an opportunity to create a much more liveable and dynamic built environment that serves the needs of more people, with less – something we can all get behind.