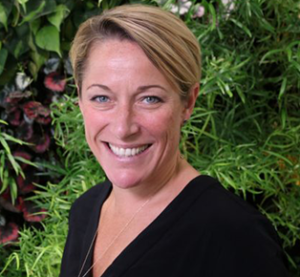 Andrew Gould, Chairman of UK-GBC, announced today that the Board of Trustees has appointed Julie to the role after an extensive recruitment process, which attracted an extremely strong field of applicants. She will replace outgoing Chief Executive Paul King and will assume the position in April 2015.

Julie will lead the industry-backed charity as it goes into its eighth year of campaigning for a sustainable built environment.

Julie has been at the forefront of sustainability in the real estate sector throughout her entire career. She was Managing Director and founding partner of Upstream, a leading sustainability strategy consultancy which was acquired by JLL in 2007.

Having led the Upstream team through the integration into JLL, Julie oversaw further development of cutting-edge sustainability services to property investors and occupiers across the UK and EMEA. She was promoted to International Director in 2010 and joined the UK Executive in 2011, before becoming JLL’s UK Head of Sustainability in 2013. Julie has played a key role in JLL’s own sustainability journey, overseeing a significant change programme over the past seven years.

“I’m thrilled by the opportunity of leading UK-GBC through the next stage of its journey. Its outstanding reputation is richly deserved – not least due to Paul King’s own transformational leadership, but also the sustainability know-how and can-do attitude of a professional team and a committed membership.

“We’ve come a long way over the past decade, with sustainability now a mainstream concern for many organisations involved in the built environment. The next step requires mass uptake of sustainability solutions across the entire property lifecycle, breaking down silos and deploying systems-thinking to achieve radical change. I am truly excited to tackle this challenge alongside the existing UK-GBC team, members and Trustees.

“I’m also looking forward to continuing to work with JLL, a founding member of UK-GBC. I feel sure the business will go from strength to strength, and have thoroughly enjoyed my 17 years with the Upstream team and later JLL.”

“Paul has led the organisation brilliantly from its formation, supported by a great team and a wonderfully committed membership. The challenge ahead is formidable – and in Julie we have found exactly the right blend of commercial industry leadership and personal commitment, coupled with persuasiveness and strategic sense to take us forward. The Board of Trustees is really pleased to have secured her as CEO and looks forward to supporting her through the next phase of UK-GBC’s development.”

“It’s been a tremendous privilege to lead UK-GBC over the last eight years, in the company of many talented and committed people. While we’ve come a long way in that time, in many ways we are still at the beginning of delivering a built environment that will provide people everywhere with a high quality of life in ways the planet can afford.

“I’m delighted to hand on the baton to Julie, a hugely respected sustainability professional who has a brilliant track record of delivery, and I look forward to supporting her and the team as an active member.”