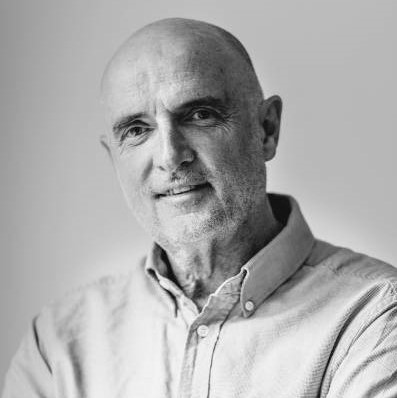 Patrick is a founding Director of Architectus and has been responsible for the design leadership of the practice’s major projects throughout New Zealand. He was awarded the highest honour in New Zealand architecture – the Te Kāhui Whaihanga New Zealand Institute of Architects’ Gold Medal in 2014 in recognition of his contribution to the body of work produced by Architectus.

Under his design leadership, Architectus has created an unrivalled record of award-winning projects across all building types. Architectus’ work has been recognised for its clarity of intent and resolution, its careful reading of context and content and ability to advance a broad cultural agenda.

He has maintained a long running association with both schools of architecture in Auckland as a critic and tutor, including a two-year Adjunct Professorship at Unitec. He has lectured widely on the work of Architectus both nationally and internationally and contributed to a wide range of industry groups and organisations. He is a current board member of the New Zealand Green Building Council and is a former chair of Construction Information Limited. The latter is an industry owned company providing products and services to consultants, contractors and suppliers utilizing an industry leading digital platform.

Patrick served as a board member and president (chair) of Te Kāhui Whaihanga New Zealand Institute of Architects in the challenging period after the earthquakes in Christchurch, and as the national awards convenor.

The Auckland Urban Design Panel was established to provide a critical forum for the consideration and review of significant work to the built environment and has contributed to increasing expectations of quality outcomes. Patrick has been both a panel and advisory board member, and chair, reviewing numerous major projects.