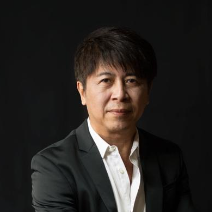 Lee Siang started his career as an urban designer with the Urban Redevelopment Authority in 1990. He joined DP Architects in 1992 and became a partner in 2000. Between 2011 to 2016, Lee Siang joined Ong&Ong Group, a multi-discipline design firm as Group Managing Director. In 2018, Building & Construction Authority invited Lee Siang to assume the position of Executive Director, BuildSG to spearhead industry engagement. His role was expanded to include Communication and Engagement in 2020. In 2021, Lee Siang is appointed by Singapore University of Technology & Design to be the Head of Pillar, Architecture and Sustainable Design ASD.

Lee Siang is most passionate about voluntary works on the NGOs fronts. In the 10 years between 2007 and 2018, he was elected president for 3 trade associations and chairman for 1 global NGO. The organisations are :

A key initiative started during Lee Siang’s term as WorldGBC Chair is the Advancing Net Zero movement that results in the increasing adoption of Net Zero Buildings worldwide.